Battle at the Beach Grappling Tournament

We are very proud of our Warriors for their outstanding effort and achievements in the Battle at the Beach Grappling Tournament in Wildwood, NJ!

Sarah Weber’s first match was in the woman’s division, where she took second place. In her second match, which was in the teen’ division, Sarah took first place with a Kimora from the mount!

Ethan Pietrucha won his first match by having best 2 out of 3; he got a triangle choke the first round and an arm bar the second, giving him first place! He also took second place in his second match.

We are very proud to have these amazing warriors representing Alex Wilkie’s Martial Arts Academy! 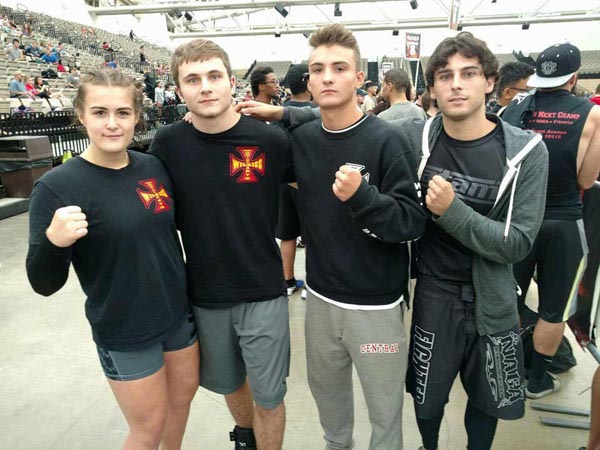